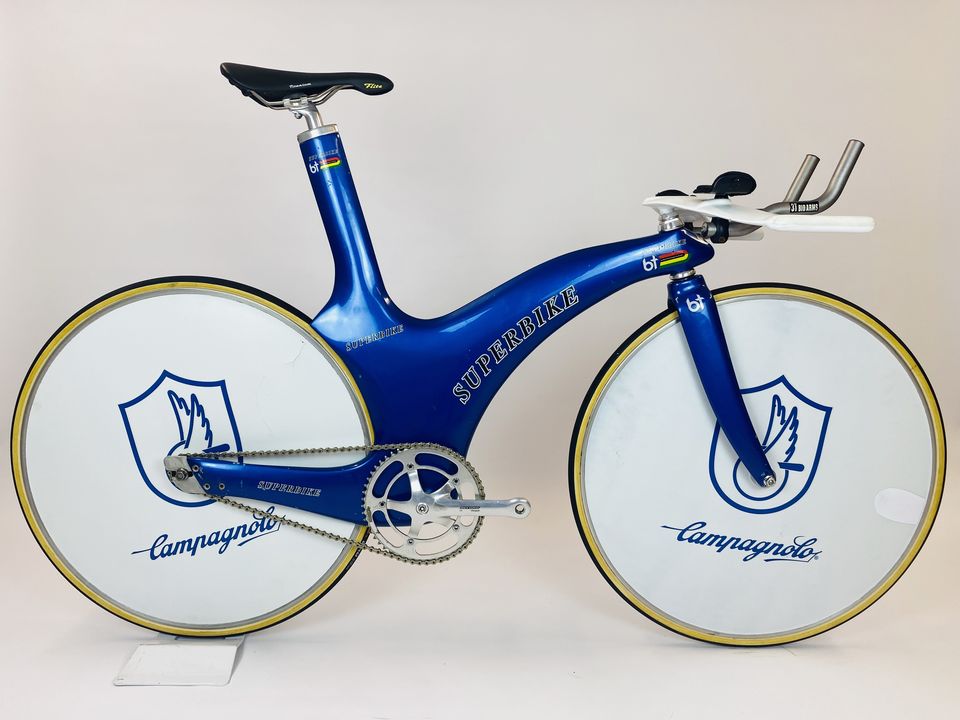 Probably one of the most recognisable names in Australian Cycling, BT has long been associated with track cycling. This bike, hailed as a 'ground breaking design' may well have actually been 'stolen'. The bike was supposedly designed by a couple of rmit design students, for the AIS (Australian institute of sport). However, a Lotus 108 in the hands of England's Shaun Wallace, appeared in a series of track races in Australia. At one point, when Shaun was supposed to be racing at Adelaide, Lotus Australia borrowed the bike for a car show, with the promise it would return in time for Shaun to race. It didn't, meaning Shaun had to phone the organiser to apologise. But, the bike did turn up there, and was raced by one of Charlie Walsh's  AIS riders, after which the bike disappeared for almost a month. Lo and behold, AIS then had there own bike, the BT Superbike. The bike was returned, but only after Shaun had departed Australia, some 3 weeks earlier. That aside, this bike was used by Kiwi cyclist Lee Vertongen, in his track campaign, including being ridden in the 1998 Commonwealth Games teams pursuit, where he won the bronze medal. The bike features twin Campagnolo Ghibli Disc wheels, Campagnolo C Record cranks, a Selle Italia Flite saddle and BT handlebars/aerobars. In the Commonwealth games, Lee rode the bike with ITM handlebars/aeros, as there was a problem with his BT bars.