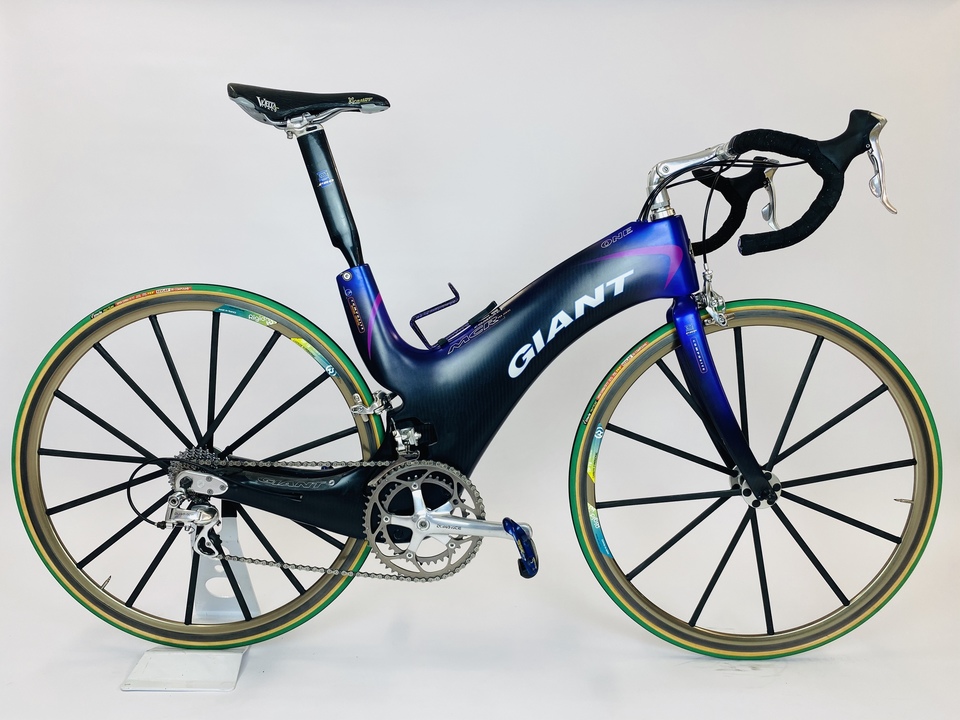 This is the bike that Mike Burrows built. Mike had been one of the designers involved with the ground breaking Lotus 108, and went off to work for Giant to develop this bike. If you compared the two bikes, and turned this frame upside down, you will notice an uncanny resemblance to the Lotus. You will also notis that the Giant, the BP Stealth, amd the BT Superbike, all look remarkably similar. (See the BT Superbike page to read about this). The Giant was added (along with the others mentioned here) to the list of bikes banned by the UCI (which took effect in the year 2000), as the rules were changed so that all new bikes had to have a diamond shaped frame, made up up a triangular main frame and a triangular rear. This stopped the proliferation of bikes appearing without a top tube, or down tube.
This Giant is exactly as it left the factory, other than its saddle and new tyres. It features Shimano Dura Ace components, Rigida DP18 wheels (Carbon spokes), amd a Selle Bassano Vuelta saddle.