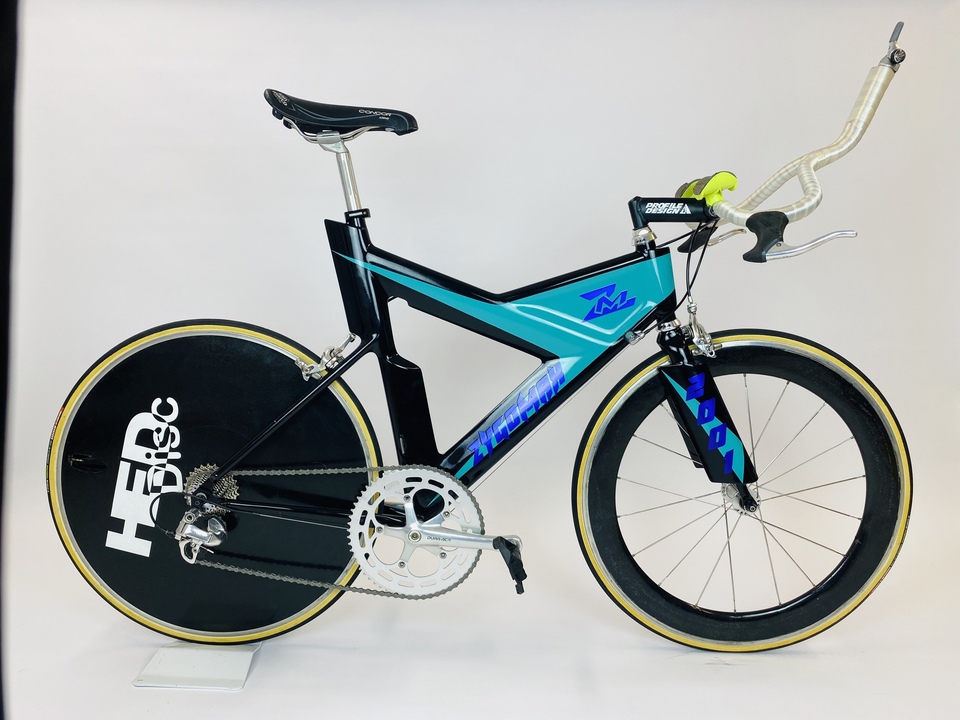 Father and son, Max and Paul Allen came up with a design that was originally laughed at by most cyclists/triathletes that saw it. The bike was called an Allen Speedframes. While they built and sold a few bikes, they couldn't really get the design universally accepted. Max was already the importer/distributor for HED wheels in New Zealand. Max and Paul gambled everything on a trip to the USA, to try and sell the bikes there. Despite Paul setting a number of course records on the bike, they were having no luck. Max and Paul were in a bike shop in Encinitas, California (Gary's Wheel World), when Spencer Smith (then current World triathlon champ) walked in. Max didn't miss the opportunity , and stepped up and offered him a ride on their bike. The rest is history, Paul fitted Spencer, then built him a bike. Within a month, Spencer had won his first triathlon of 1994 (snapping a streak of DNF's) and going on to dominate the 1994 World Triathlon Champs. While the bikes never reached huge heights (sales wise), that moment changed everything, and they went on to build many Allen Speedframes. This one is an evolution of the original bike, under the carbon Fibre fairings is a similar truss design as the original, however the tubes are made from titanium. Unfortunatley both Max and Paul have now passed away. One of Paul's last wishes, was that I rebuild this bike (his own bike, and most prized possessio) as he last raced it, and I am very pleased to say, that is exactly how you see it here. The bike features Shimano Dura Ace components, HED Carbon 650c rear disc wheel, HED Carbon 650c front wheel, Scott Extreme handlebars, forward facing brake levers, and a single, sixty tooth front chainring. R.I.P Paul.