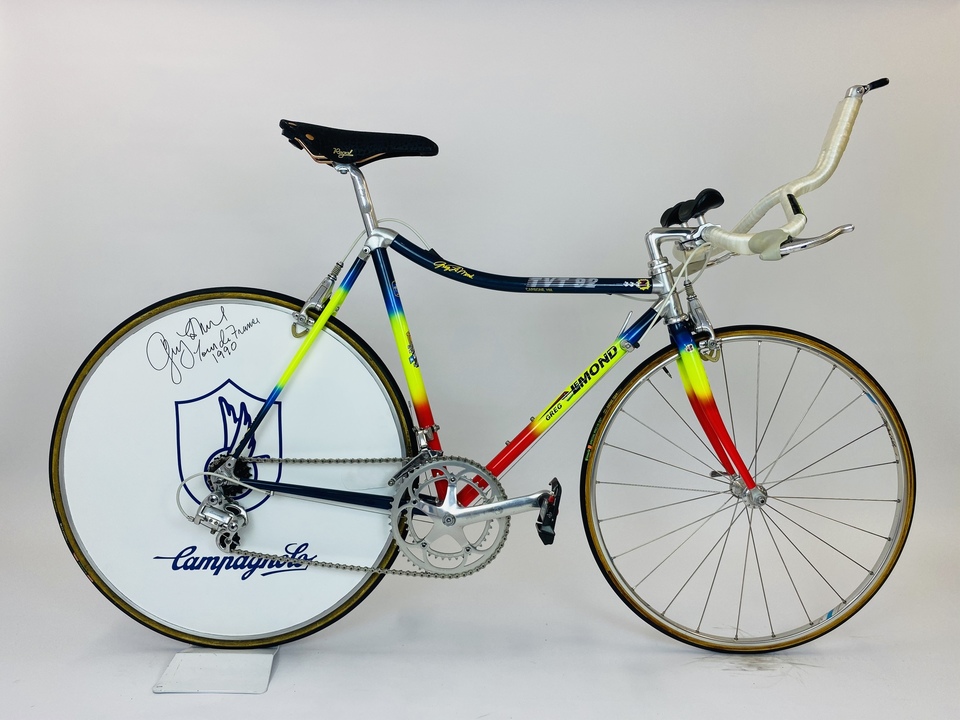 In the 1990 Tour de France, Greg Lemond used a bicycle the same as this one in the opening prologue, to take 2nd place behind Thierry Marie.
It is a TVT92 Carbone time trial bike. This particular bike was a pro team bike, but not Lemonds Team Z, so was painted in Team Z colours. Like the road bike, the Time trial bike uses Campagnolo C Record components.
It also features a Campagnolo Ghibli rear disc wheel, a Campagnolo Sigma Crono oxide 650c front rim on a Campagnolo C Record hub, a Suntour shift lever to control the rear derailleur and a Selle San Marco Regale saddle. Probably the standout feature though, are the Scott Extreme handlebars, which also feature forward facing brake levers.
I was lucky enough to spend some time with Greg Lemond a few years ago, and you Can see he has signed the rear wheel of this bike.