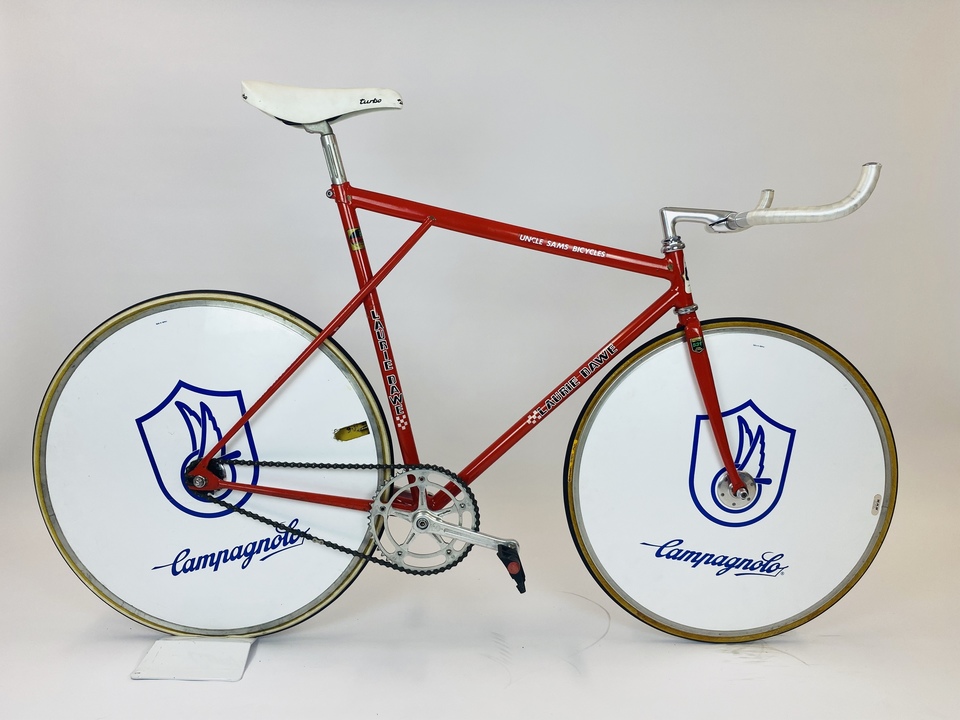 1986 Laurie Dawe.
This is Tony Grahams other bike, tha he used before the Tarini was built for him, for the 1988 Olympic Games.The Laurie Dawe shop was in Christchurch, and some of the best cyclists of the day rode bikes built under the Laurie Dawe name. This bike carried Tony to the qualifying time for the 1988 Seoul Olympic Games in the 1km time trial.
It is built from Reynolds 531 tubing, features a 700c Campagnolo Ghibli rear disc, and a 650c Campagnolo Ghibli front disc. The crank is a Campagnolo record set, and saddle is a Selle Italia Turbo.