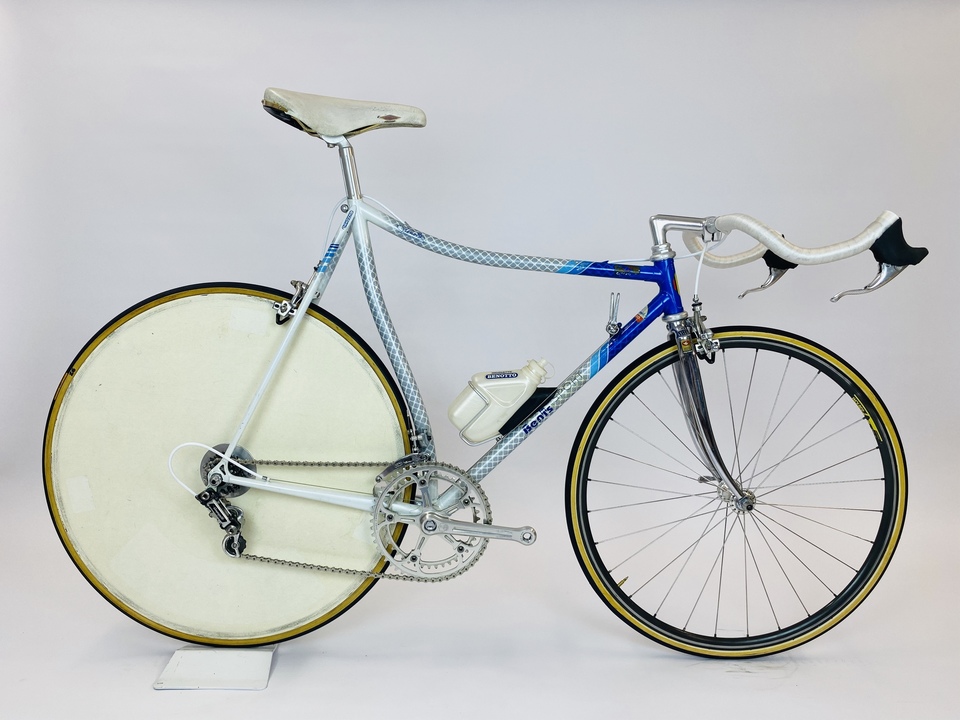 1985 Benotto Pursuit.
Benotto was formed in 1931, in Turin, Italy. In the years that followed, many world championships, one day races and tours were won on Benotto bikes, ridden by some of the worlds best riders. In or about 1985, all bike production was moved to Mexico, where Benotto had already been producing bikes for some time. Benotto is famous also for their handlebar gape, or 'ribbon'', which is still sought after today for rebuilds on bikes like this one. The blue and white paint scheme is typical of this period of Benotto, however the 'honeycomb' Criss cross pattern on this frame, I am told was done to special order by the shop the bikes were for, which is also why their name appears on the down tube, rather than the Benotto name. This bike has been built with Campagnolo Super Record components, a Disc rear wheel, 26" front wheel, and an aero Benotto water bottle. It also features Benotto handlebar tape.