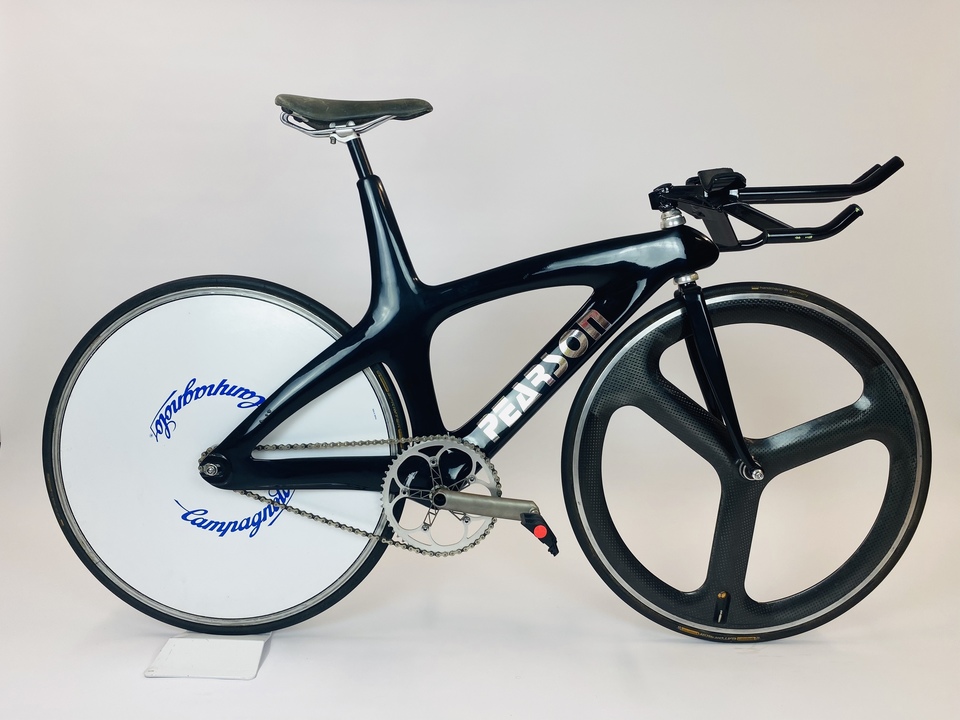 1995 Pearson.
This Pearson track bike, was another of John Eade's rides. This track bike was being used as a courier bike, in downtown Auckland. A different fork had been fitted, along with a front brake, but as there wasn't enough room for the brake, it was gouging the nose off the frame. When I got the bike, the original fork had been sold with another bike, fortunately the new owner agreed to let the original fork come back to this bike. While researching the bike, I found out it had been Johns, and went to meet him to get photos etc. While there, he said he had some of the original parts, including the custom built handlebars, chains, cogs, etc. He also pulled out the 1994 Pearson, which was the last bike he kept. In 1995 Graeme Pearson imported a few pairs of 'sweet wings' cranks, for himself and John. While these are not the originals, they are identical to what John used, and the bike has been restored, as last raced. It features a fully restored carbon fibre frame and fork, custom built handle/aerobars, Campagnolo Khamsin rear disc wheel, Tri spoke front wheel and a Sweet Wings lightweight crankset