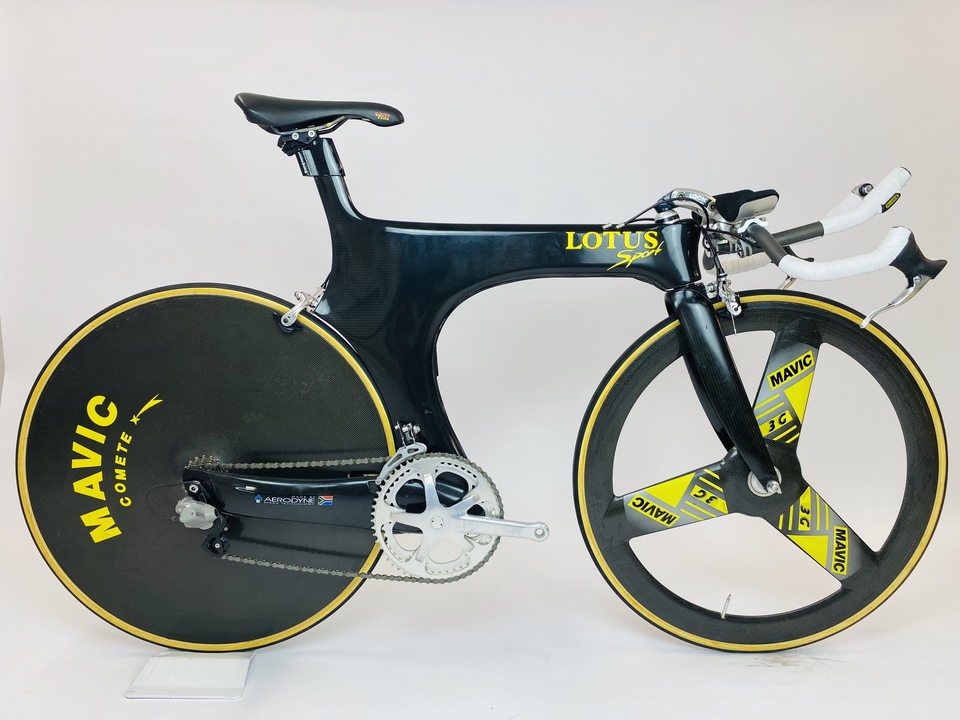 The Lotus 110 was a development of the Lotus 108, a track bike that most notably was ridden by Chris Boardman. The 110 was originally built in England before production moved to the Aerodyne facility in South Africa. This particular bike underwent a full refurbishment at the Aerodyne factory a few years ago, unbelievably by the same person that originally built it. This bike has been built up as a replica of Chris Boardmans 1994 World time trial championship winning bike, and features a Mavic Comete rear disc wheel, Mavic 3G front trispoke wheel, Mavic bullhorn handlebars, Mavic aero extensions, Selle Italia Flite titanium saddle, and Mavic Zap electronic gear shifting for the rear derailleur. The bike is displayed with two of Chris Boardmans skinsuits, one being one of his 'Team Gan' suits, the other being the 'Team Gan' World Champions suit in which he crashed  in the prologue of the 1995 Tour de France.