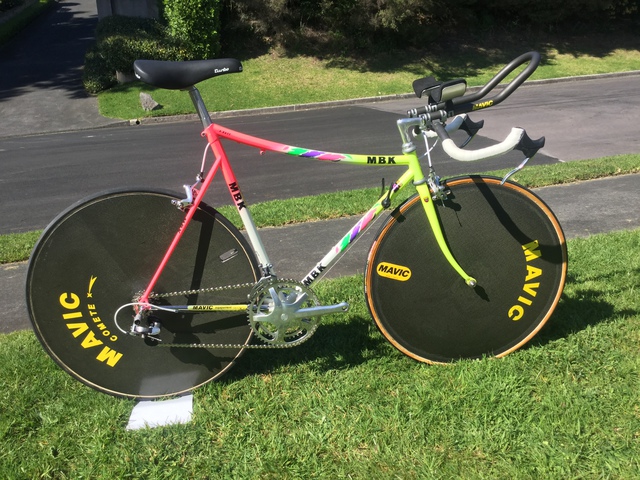 This 1990 MBK was a professional team bike, part of the Lotto Superclub outfit.

The Bike was ridden by Peter Roes, who spent his whole career riding for this team.

The bike is built with Reynolds 653 tubing,and features a Mavic groupset and Mavic Disc wheel.

The Bike was ridden by Peter in the 1990 Tour de France, with the Tour being won by Greg Lemond, who defended his 1989 title (which he won by 8 seconds!).